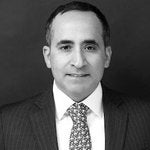 Michael Jagiani, Esq. is the principal of the firm and is a highly experienced litigation attorney. He has worked for several large law firms in New York City and has been admitted to the New York State Bar since 2001. He represents businesses and individuals in wide range of matters in New York State Courts. He has extensive experience litigating complex matters including those concerning commercial disputes, construction claims, real estate transactions and personal injury matters.

He received a B.A. from St. John's University and a J.D. from Brooklyn Law School.

Jagiani Law is committed to answering your questions about commercial litigation and personal injury law issues in New York.

We offer a free consultation and we'll gladly discuss your case with you at your convenience. Contact us today to schedule an appointment.